Firestorm is one of the Pick-Ups in GRIP. It offers a significant boost to engine power when activated, allowing high speeds to be reached. It is also useful for returning to race speed after a crash. 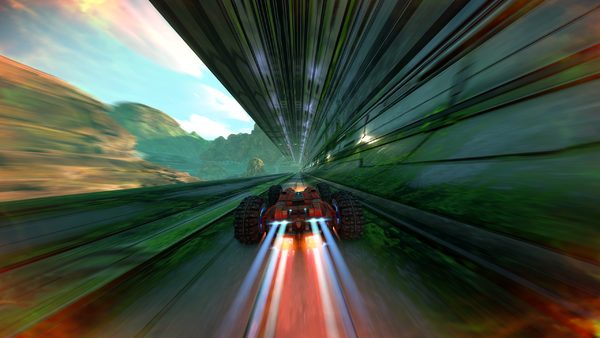 The firestorm visually ramps up the jet engine of each vehicle leaving behind a long visual trial.

When charged, the firestorm becomes vastly more powerful but greatly reduces the user's grip while it is active. As such, it must be used with extreme caution. The firestorm does not cost speed to charge.

A charged Firestorm ramps up the speed even more, but at the cost of steering ability. "